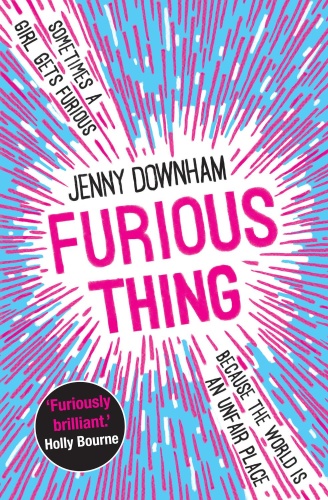 Descirption: Anger was something to believe in when the world let her down...
Furious Thing roars with justifiable anger at an unfair world, as one girl fights to claim back the spaces that belong to her and battles to be heard...
Lexi's angry. And it's getting worse. If only she could stop losing her temper and behave herself, her step-father would accept her, her mum would love her like she used to and her step-brother would declare his crushing desire to spend the rest of his life with her.
She wants these things so badly she determines to swallow her anger and make her family proud.
But pushing fury down doesn't make it disappear. Instead, it simmers below the surface waiting to erupt. There'll be fireworks when it does.